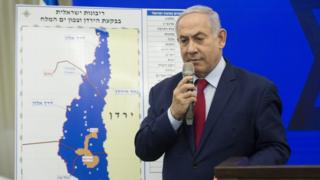 Arab nations have condemned a plan by Israeli PM Benjamin Netanyahu to annex part of the occupied West Bank.

On Tuesday Mr Netanyahu pledged to apply Israeli sovereignty over the Jordan Valley and northern Dead Sea if he is returned to office following a general election next week.

The chief Palestinian negotiator said the move would be “manifestly illegal”.

The annexation proposed by Mr Netanyahu would be a “war crime” that would “bury any chance of peace”, Saeb Erekat said.

The Arab League, meanwhile, denounced “the dangerous development” as “aggression”.

Israel has occupied the West Bank since 1967 but has stopped short of annexation.

Palestinians claim the whole of the area for a future independent state. Mr Netanyahu previously insisted Israel would always retain a presence in the Jordan Valley for security purposes.

What did the Israeli PM say?

Mr Netanyahu, who was campaigning for the election, unveiled the plan in a televised address.

He also said he would annex all Jewish settlements in the West Bank, but this would need to wait until the publication of US President Donald Trump’s long-awaited plan for a peace agreement between Israelis and Palestinians.

“There is one place where we can apply Israeli sovereignty immediately after the elections,” Mr Netanyahu said about the Jordan Valley and northern Dead Sea. “If I receive from you, citizens of Israel, a clear mandate to do so.”

The prime minister leads the right-wing Likud party, which is currently neck and neck in the polls with the opposition centrist Blue and White political alliance.

A snap general election will be held next Tuesday, after Mr Netanyahu earlier this year failed to successfully form a workable coalition government following another vote.

The BBC’s Middle East Correspondent, Tom Bateman, says the prime minister’s announcement is likely to help him shore up support on the political right.

Blue and White’s co-leader, Yair Lapid, hit out at Mr Netanyahu, insisting he “doesn’t want to annex territories, he wants to annex votes”.

“This is an election trick and it’s not even a particularly successful trick because the lie is so transparent,” he said.

Later on Tuesday, Mr Netanyahu was whisked off stage by bodyguards during a campaign event in Ashdod, a southern city, as air raid sirens went off.

Israel said it shot down two rockets that had been fired by Palestinians from the Gaza Strip. Mr Netanyahu continued his speech several minutes later.

In response, Israel said early on Wednesday that its aircraft had hit 15 targets in Gaza, including a weapons facility.

How have others responded?

Senior Palestinian official Hanan Ashrawi told AFP news agency Mr Netanyahu was “not only destroying the two-state solution, he is destroying all chances of peace.”

Jordan’s Foreign Minister, Ayman Safadi, called the plan a “serious escalation” and warned it could “push the whole region towards violence”.

Turkey’s Foreign Minister, Mevlut Cavusoglu, described the pledge as “racist” and criticised Mr Netanyahu for “giving all kind of illegal, unlawful and aggressive messages” before the election.

Saudi Arabia also condemned the announcement on state media as a “very dangerous escalation” and called for an emergency meeting of the foreign ministers of the 57 member states of the Organisation of Islamic Cooperation (OIC) in response.

What is the background to the West Bank issue?

The Jordan Valley and northern Dead Sea area make up about a third of the West Bank.

Israel occupied the West Bank, along with East Jerusalem, Gaza and the Syrian Golan Heights, in the 1967 Middle East war. It effectively annexed East Jerusalem in 1980, and the Golan Heights in 1981, although neither move was accepted internationally for decades.

The Trump administration has since recognised both steps, overturning previous US policy. It remains unclear if it will advocate for a two-state solution – a plan which has dominated previous international diplomatic efforts to achieve peace in the region.

The fate of the West Bank goes to the heart of the Israel-Palestinian conflict. Israel has built about 140 settlements there and in East Jerusalem which are considered illegal under international law, though Israel disputes this. 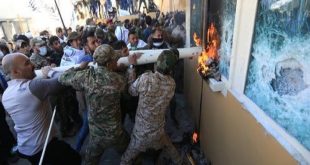 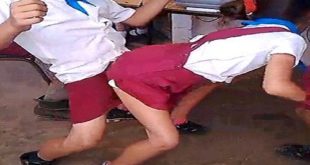 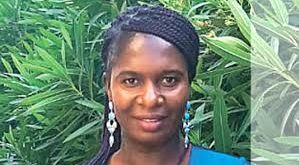 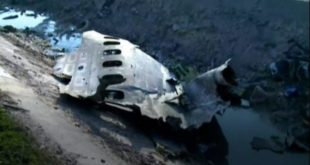 Iran has admitted “unintentionally” shooting down a Ukrainian passenger jet, killing all 176 people on … 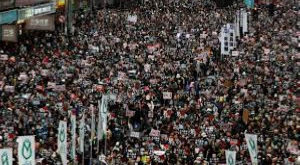 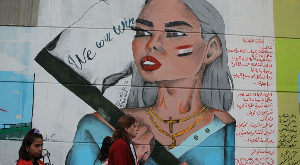 Iraq protests: The women rising up on Baghdad’s walls

Since October, a wave of anti-government protests has swept across Iraq. The protesters represent a …