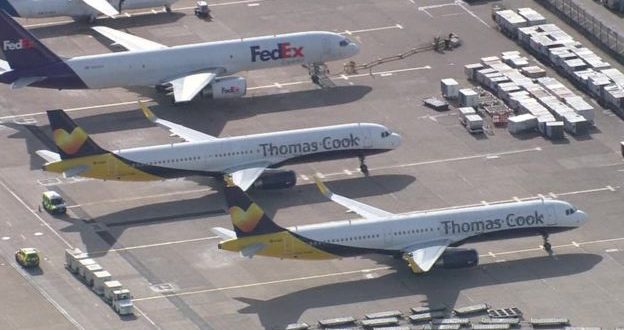 The biggest peacetime repatriation is underway after travel agent Thomas Cook collapsed on Monday, bringing 150,000 Britons back from overseas.

The UK’s Civil Aviation Authority (CAA) is co-ordinating efforts to fly the tourists home after the tour operator “ceased trading with immediate effect”.

Thomas Cook’s administration puts 22,000 jobs at risk worldwide, including 9,000 in the UK.

Boss Peter Fankhauser said the collapse was a “matter of profound regret”.

Thomas Cook, whose roots go back to 1841, went bust after last-ditch talks to raise fresh funding failed. The BBC understands the government was asked to fund a bailout of £250m, which was denied.

Some 16,000 holidaymakers were booked to come back on Monday, and authorities hope to get at least 14,000 of them home on chartered flights.

The CAA – an arms-length body set up by the Department for Transport (DfT) – has chartered 45 jets to bring customers home from locations including Central America and Turkey. It will fly 64 routes on Monday in an undertaking called Operation Matterhorn.

Operators including easyJet and Virgin have supplied some aircraft, with jets coming from as far afield as Malaysia.

All Thomas Cook holidays are now cancelled and customers will need to seek compensation via the government’s Atol scheme, or from their credit card or insurance companies.

Some passengers trying to get home have reported queues and disruption at airports, while others complain they have been left in the dark about what happens next.

What is the government doing?

Transport Secretary Grant Shapps defended the move not to grant Thomas Cook a bailout on the BBC’s Today programme.

“I fear it would have kept them afloat for a very short period of time and then we would have been back in the position of needing to repatriate people in any case,” he said.

The company’s large debts and High Street-focused business made it a poor candidate for survival, he said.

Overall, Operation Matterhorn will cost the taxpayer around £100m, he added.

Shadow chancellor John McDonnell told the BBC the government should have bailed out Thomas Cook, “if only to stabilise the situation while a real plan for the future of the company could be addressed”.

Prime Minister Boris Johnson pledged to help stranded holidaymakers, but also questioned whether company directors were properly motivated to “sort such matters out”.

Ruth Morse, from Halesowen, West Midlands, was due to marry her partner in Cyprus on 8 October, but now doubts the wedding will go ahead.

She booked the whole event through Thomas Cook, including the decorations, the cake, wedding venues and a private bar.

And of the 44 guests due to attend, about 25 booked their flights and accommodation through the travel agent.

“At the moment, Thomas Cook have not been in contact, so we are in the dark,” Ruth says.

“I know we are protected by Atol, but I’m unsure about the things we bought from third parties through Thomas Cook, like the decorations. They cost me £4,000.”

Ruth says she had planned her “dream wedding” for two years. What makes it doubly hard is that much of the money she spent came from family members, including her mother and her late brother Ben, who was tragically murdered in 2017.

“From the grief we had, we pulled ourselves together to arrange our dream day,” she says.

“We will rebook the wedding, but I won’t do it abroad again because I have lost faith. I feel completely devastated by all of this.”

How will holidaymakers get home?

While an estimated 150,000 Britons are affected by Thomas Cook’s collapse, the company has a further 350,000 to 400,000 customers abroad, some of whom have been affected.

In Germany, one of Thomas Cook’s main markets, insurance companies will help organise the response to its collapse.

UK customers will be brought home “as close as possible” to their booked return date, the Department for Transport (DfT) has said.

Customers will be on special free flights or booked on to another scheduled airline at no extra cost, with details of each flight to be posted on a dedicated website as soon as they are available.

The DfT added that a “small number” of passengers might need to book their own flight home and reclaim the costs.

Customers have been urged not to cut short their holiday or go to the airport without checking the website for more information about their return journey.

The CAA is also contacting hotels accommodating Thomas Cook customers, who have booked as part of a package, to tell them that the cost of their accommodation will be covered by the government’s Air Travel Trust Fund and Air Travel Organiser’s Licence scheme (Atol). 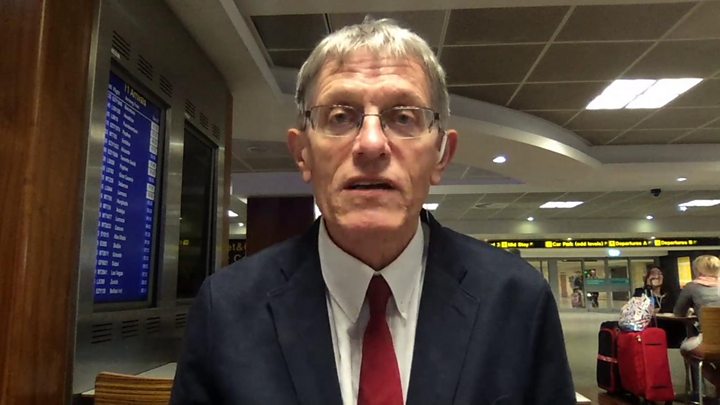 Tim Johnson, policy director of the CAA, told BBC News that customers whose future holidays had been cancelled would be informed of how they can claim a refund on the website.

Business Secretary Andrea Leadsom has said she will write to the Insolvency Service urging them to “fast-track” their investigation into the circumstances surrounding Thomas Cook’s going into liquidation.

The DfT said the investigation will also consider the conduct of the directors.

What happens to staff?

Employees at some Thomas Cook shops have already been met with representatives of the firm’s administrators, who told them they would be made redundant.

Jobs at the tour operator’s airline and in its engineering division may also lose their jobs.

Some workers are being kept on, however, but there is no definite number.

Thomas Cook shops across the UK are not due to open on Monday.

What about Thomas Cook’s international operations?

For now, Thomas Cook’s Indian, Chinese, German and Nordic subsidiaries will continue to trade as normal.

This is because, from a legal standpoint, they are considered separate to the UK parent company and are not under the jurisdiction of the UK’s Official Receiver.

They do, however, share services – such as aircraft and IT – with their parent company and will need to strike rescue deals in the coming weeks to keep trading.

Thomas Cook had secured a £900m rescue deal led by its largest shareholder Chinese firm Fosun in August, but a recent demand from its banks to raise a further £200m in contingency funding had put the deal in doubt.

Fosun said in a statement: “We extend our deepest sympathy to all those affected by this outcome.”

The holiday company spent all of Sunday in talks with lenders trying to secure the additional funding and salvage the deal, but to no avail.

Thomas Cook has blamed a series of issues for its problems, including political unrest in holiday destinations such as Turkey, last summer’s prolonged heatwave and customers delaying booking holidays because of Brexit.

“Now everybody can pretend they are a travel agent. They’ve got access to all the airline seats, hotel beds, car rentals in the world and they can put things together themselves.

Mr Calder, travel editor at The Independent, added that planes at the airport began to be impounded shortly after 00:00 BST.

While the company was closing shops to try and cut costs, closing 21 in March, it still had more than 500 outlets, bringing large costs compared to online competitors.

In another sign of its slow progress in mending its finances, it only stopped dividend payments to investors in November.

What are your rights?

If you are on a package holiday, you are covered by the Atol scheme.

The scheme will pay for your accommodation abroad, although you may have to move to a different hotel or apartment.

Atol will also pay to have you brought home if the airline is no longer operating.

If you have a holiday booked in the future, you will also be refunded by the scheme.

If you have booked a flight-only deal, you will need to apply to your travel insurance company or credit card and debit card provider to seek a refund.

When Monarch Airlines collapsed in 2017, the government organised to bring home all the stranded passengers, whether they were covered by Atol or not. 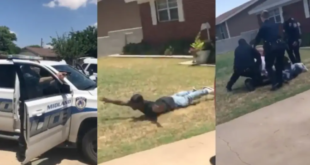 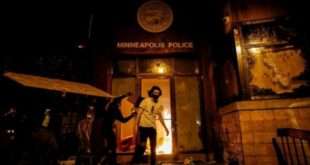 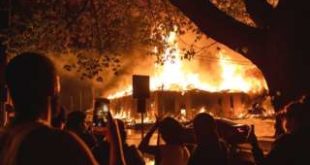 Clashes escalate after death of US man in custody 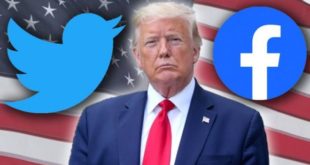 President Trump has taken the extraordinary step of threatening to close down social media platforms. … 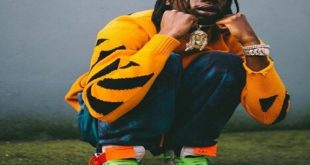 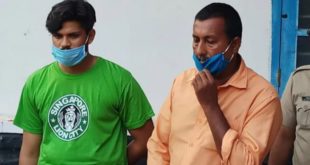 A man in Kerala, India killed his wife by letting loose a cobra in her …