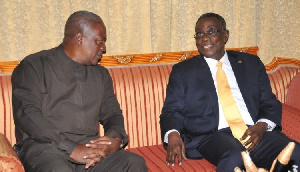 A frustrated John Mahama tried to resign from the Vice Presidency before Prof John Evans Atta Mills died, according to Manasseh Awuni.

The latest book by a freelance investigative journalist has revealed that Mr Mahama’s decision to resign as Vice-President was informed by the targeted bureaucratic attacks on him by some presidential staffers and ministers of state in the President Mills administration. John Mahama was routinely treated with disrespect and contempt by these staffers and ministers, according to the book, the ‘Fourth John: Reign, Rejection and Rebound.

The book is scheduled for launch on Wednesday, November 27, 2019 at the Christ the King Parish Hall in Accra.

Reviewers of the book say it gives a revealing account of John Mahama’s presidency and chronicles the former National Democratic Congress legislator’s ascension to the high office.

The 396-page book will also be launched Kumasi, the Ashanti Region capital, on Thursday, November 28, at the Golden Tulip Hotel, Kumasi, at 5:30 pm, while the Tamale launch comes off on Friday, November 29, at the GNAT Hall at the same time.

The launch train will end in Bolgatanga on November 30 at the Akayet Hotel also at 5:30 p.m. On Sunday, December 1, Manasseh will hold a book reading and signing session in Wa at the Upland Hotel from 2.p.m. to 4.p.m.

That ascension was of John Mahama, at one point, an agenda by the Northern Caucus within the NDC, the book alleges.

According to the book, John Mahama would have resigned as Veep and subsequently miss out on becoming a President if not for the intervention of the then Chief Director at the Office of the Vice President.

“The Chief Director at the Office of the Vice President had returned from lunch break to find the typist in the office seriously typing a letter. Official letters often passed through him (the Chief Director), and he then assigned the typist to work on them.

“But this was an exception. When he asked typist what he was typing, he said the vice president had given him something to type but he would not speak when asked what it was. Perhaps, the content was too heavy for his mouth.

“The Chief Director then drew closer to him and looked at the screen of the computer. What greeted him from the screen, alarmed him. It was Vice President John Mahama’s resignation letter that was almost ready. He didn’t have the time to read the full letter. He ordered the typist to stop typing and he headed for John Mahama’s office,” the book states.

The book also reveals that the Vice President Mahama’s wife, Lordina Mahama, had met with President Mills to complain that the frustration her husband endured was so serious that it affected his conjugal roles at home.

President Atta Mills, according to sources Manasseh spoke to in the writing of the book did not sanction the ill-treatment meted out to his Vice-President. He took practical steps to assure Vice President Mahama of his support and faith in him.

Surprisingly, Mahama’s vice president, Kwesi Bekoe Amissah-Arthur, also had his fair share of sidelining and frustration by some Flagstaff House officials as revealed in Manasseh’s book.

President Mills died in July 2012, and Vice President Mahama took over as President and went ahead to contest and win the 2012 election. His presidency is the focus of Manasseh’s book, but the book also provides intriguing details of plans to make Mahama President even before President Mills selected him as the NDC’s running mate for the 2008 election.

Manasseh spoke to highly placed sources within the NDC and officials in Mahama’s government to understand how the presidency of John Mahama worked. 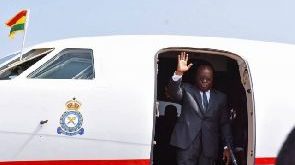 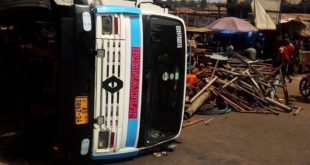 One person feared dead after loaded truck runs into 5 cars 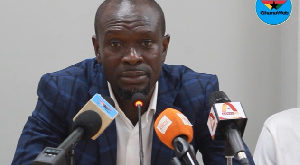 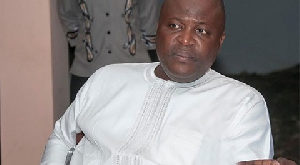 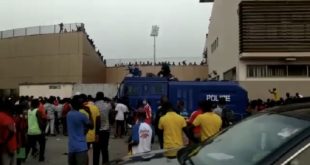 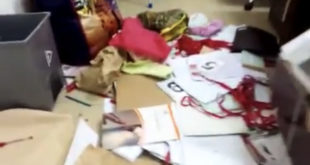