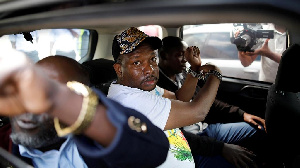 Kenyan police arrested the Nairobi County governor, known for his chunky gold jewellery and impromptu raps, on Friday on corruption charges, a high profile move in the government’s much trumpeted anti-graft push.

Chief public prosecutor Noordin Haji told a news conference the Governor Mike Mbuvi Sonko and his associates were accused of conspiracy to commit corruption, failure to comply with laws related to procurement, unlawful acquisition of public property and laundering the proceeds of crime.

Sonko and his assistants did not respond to calls seeking comment.

Police used teargas to disperse hundreds of Sonko’s supporters when he was called into the anti-corruption office for questioning in November.

Sonko, a former senator, was elected in 2017 after years of news splashes featuring his flamboyant lifestyle and flashy fashion, complete with ubiquitous chunky gold jewellery and eye-catching hairstyles.

After Kenyatta and Deputy President William Ruto faced charges of crimes against humanity following the disputed 2007 elections and subsequent violence, Sonko showed up to the proceedings at the Hague-based International Criminal Court with “Uhuruto Not Guilty” dyed into his hair.

He was recently photographed using a goldplated iPad and matching iPhone and has appeared in rap videos gyrating in public offices wearing gold-coloured trainers while insulting political opponents.

He invited a storm of public criticism this month after he shared photos online of his dining room, featuring a gold-plated lion statue, and a gold-tinted dining table and chairs.

He has recruited hundreds of people into his “Sonko Rescue Team” who sweep out streets or appear at fires wearing “Sonko” branded red boiler suits in Nairobi’s poorest neighbourhoods.

On Thursday, Sonko received an award sponsored by the Kenya Red Cross and United Nations Volunteers for encouraging volunteering.

Sonko has been photographed handing out cash for things like hospital bills but Nairobi has seen little improvement in public services under his watch.

Nairobi’s public schools and clinics are crumbling, roads are potholed and hundreds of thousands of people live in slums without access to electricity, sewage or services. 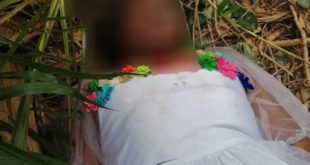 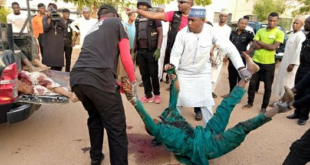 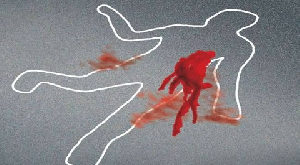 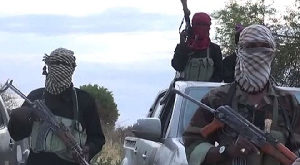 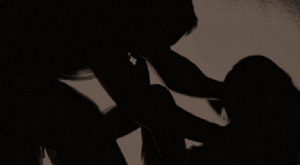