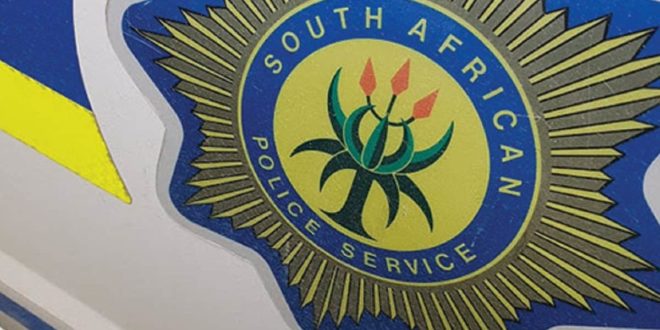 It is believed that the tourist group was visiting a gardening project at a school in Site C, Khayelitsha, on Saturday.

Law enforcement authorities in Khayelitsha, Cape Town, have been applauded for their swift reaction to the robbery of 11 tourists that took place on Sunday.

According to police spokesperson, Brigadier Novela Potelwa, a 26-year-old male has been placed under arrest and charged with the brazen robbery of 11 tourists.

It is believed that the tourist group was visiting a gardening project at a school in Site C, Khayelitsha, on Saturday.

“The tourists were in the area with a 26-year-old local tourist guide when five armed men made their way into the premises of a school where they were. The suspects, wearing reflector jackets, ordered the group into a vehicle and robbed them. No one sustained injury during the incident,” Brig Potelwa revealed.

Fortunately, none of the victims sustained injuries in the confrontation with the armed robbers. Khayelitsha police were quick to launch a 72-hour activation plan and called out an all-points bulletin on the description of the suspects.

Sure enough, in a matter of hours, the 26-year-old suspect was placed under arrest.

The tourism industry plays a vital role in the economy of the country. In townships like Khayelitsha, it opens up opportunities for locals to access the economic benefits of tours.

Crime, however, is a deterrent that could kill the industry, says Cape Toen Tourism CEO, Enver Duminy, who was quoted in an IOL News piece.

“When every 12 tourists translates into one new job, we should be fighting to retain every single visitor. We are shocked and concerned about this weekend’s incident in Khayelitsha,” he said.

The safety of the tourists is a top priority. Duminy noted that irrespective of the fact that the group escaped the incident unharmed, the experience may hurt the city’s tourism, in the future.

“We have activated our Band-Aid programme which forms part of Cape Town Tourism’s year-round safety and security initiatives. With assistance from our partners in the tourism industry, the affected visitors will be receiving the remedial support they need following what surely must have been a very traumatic experience,” he added.

Potelwa confirmed that Khayelitsha police are working around the clock to track down the remaining four suspects.

“As the investigation unfolds it is expected that more arrests will be effected soon,” she said.

The 26-year-old is expected to appear in court, on Monday.

Previous Man machetes his mother to death
Next 3 Killed, 2 Injured in Karonga Accident 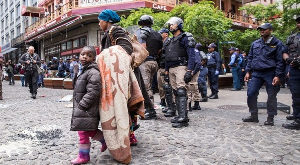 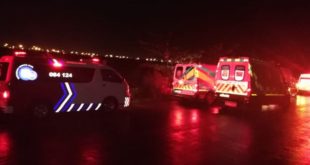 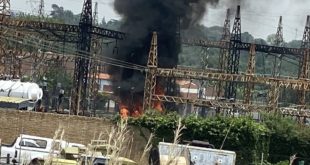 VIDEO: No electricity at OR Tambo, as Eskom sub-station bursts into flames 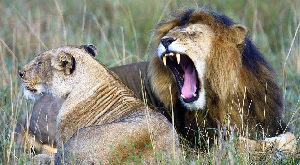 Eight lions at a North West bush lodge have been killed during an alleged poisoning, …