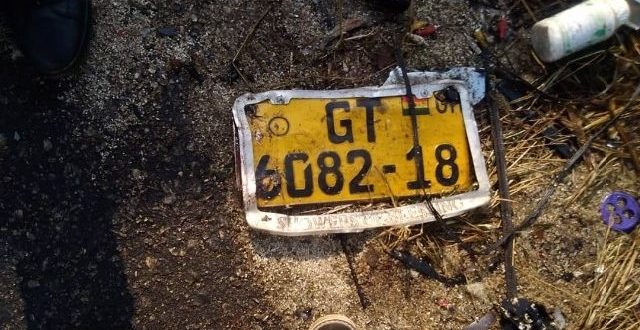 The display of motorbike riders during funeral activities have left one dead and another hospitalised at the Ho Municipal Hospital.

Mr Harry Nonu, 40, an employee of Ho Technical University (HTU) has met his untimely death when two motorbikes collided at Adaklu-Have in the Adaklu District during funeral activities.

Mr. Forson Tse, an eye witness told the Ghana News Agency (GNA) that Nonu was among mourners who were conveying the body of a deceased relative to his hometown, Adaklu Have.

He said Nonu who was riding a motorbike with others displaying their skills to the admiration of bystanders when another rider, James Golo collided with Nonu, throwing him up high before he crashed into a concrete gutter.

The witness said the two were rushed to the Ho Municipal Hospital but Mr. Nonu was confirmed dead on arrival.

He said Golo was referred to the Ho Teaching Hospital where he was receiving treatment.

A hospital source confirmed the story and said Golo was in stable condition.

A number of mourners who spoke to the GNA decried the attitude of drivers and motor riders from the mortuary to Have and said the accident though painful did not come to them as a surprise.

Previous Man, 42 caught having S.3.X with a goat
Next VIDEO: Lady shares video of herself having her Clitoris pierced