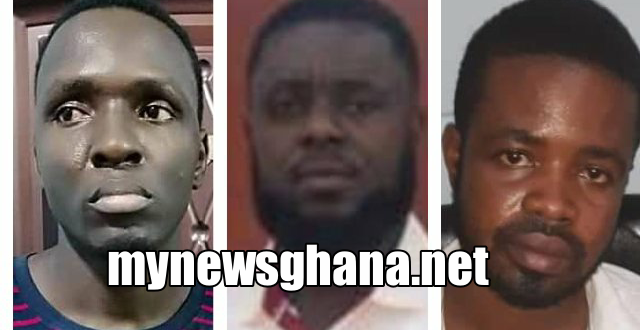 Mohammed Buzu, a 29-year-old trader on Wednesday appeared before an Accra Circuit Court for allegedly pulling a machete on the Country Director of the International Monetary Fund (IMF) and robbing him and his wife.

Buzu has been charged with causing harm and robbery.

Two other persons Kenneth Antwi aged 25, and Baffour Adjei Gyimah, 34, all traders have been charged with abetment of crime and dishonestly receiving respectively.

The three accused have denied the charges and the court presided over by Mrs. Rosemary Baah Torsu remanded them into Police custody to reappear on March 9.

Prosecuting, Inspector of Police Samuel Ahiabor narrated that the first complainant is Dr. Oral William, an Economist, while the second complainant Mrs. Claudia Allen William a teacher, both residents of Cantonments in Accra.

Inspector said Buzu resides at Dansoman, Antwi resides at Kasoa, and Gyimah a mobile money vender and a resident of Amasaman Obeyiyie.

The prosecution said on January 18, this year, at about 0300 hours, Dr William heard a noise emanating from his bathroom and decided to check what was going on, only to see Buzu armed with a machete, cutter, and a plier.

The prosecution said Buzu ordered Dr William to surrender all his monies but Dr William told Buzu that he had no money on him.

He said when Mrs. Williams heard her husband exchanging words with somebody so she tried to see who that person was and Buzu on seeing Mrs. William ordered her to lie down.

The Prosecution said Buzu again demanded that the two complainants to show him where they keep their monies but they told the accused that they had no money in the house.

The prosecution said Buzu then raised the machete to slash Mrs. Williams but her husband used his left hand to block it.

The prosecution said Dr Williams was rushed to the 37 Military Hospital after which he was flown to South Africa for further treatment.

He said on January 18, this year, a complaint was lodged at Cantonments Police station and later transferred to the Regional Criminal Investigations Department.

The Prosecution said during investigations the Police tracked the victim’s IPhone X to Pokuase on February 15, this year where a witness in the matter was arrested and the phone retrieved.

He said upon interrogation the witness mentioned Gyimah as the one who sold the victim’s IPhone X with another phone to him at Circle in Accra.

He said on February 18, this year Gyimah was also arrested at Kwame Nkrumah Circle where he sells mobile phones and when he was questioned he mentioned Antwi as the one who sold the complainant’s IPhone X to him for GHC2,900.00.

The Prosecution said on February 22, this year, Antwi was picked up by the police at a hotel in Pokuase and further investigations revealed that Antwi has been sponsoring Buzu to rob victims and that he is the sole person who has been receiving all the booties.

Prosecution said Buzu has been robbing from his victims and selling them and that he has been working with Antwi for the past two years.

He said in their cautioned statements the accused admitted the offences. 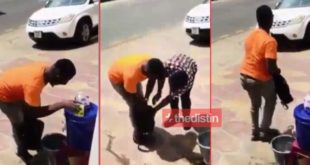 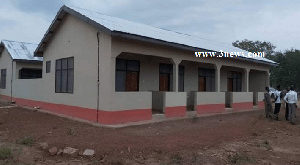 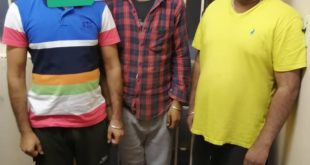 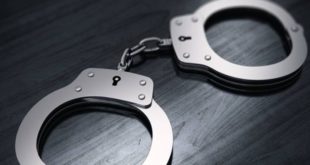