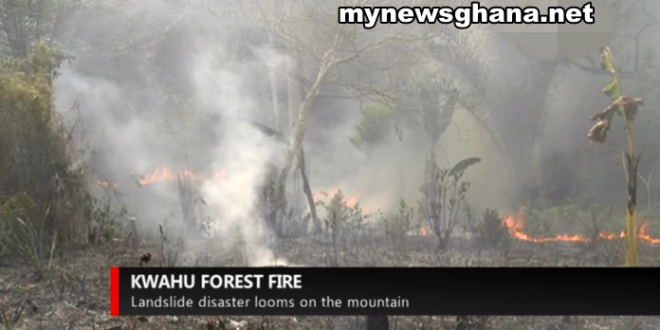 The fire that gutted the vast forest on the Kwawu Mountain has raged on for one month and destroyed about 80 percent of the vegetation.

So far, about 20 percent of trees left in the forest many also be ravaged by the inferno.

Checks also revealed that the hills of the mountain may also be damaged.

Adom FM reporter, Kwame Anum, who has been monitoring the inferno said “this is a national heritage being consumed by fire, illegally set by unidentified persons. If you are climbing the Kwawu Mountain from, say, the Obomeng stretch, or the Atibie stretch; one thing greets you: a thick clogging smoke from the forest reserves.

“Almost all the giant trees, small ones, creeping stems and bushes have been affected by the wildfires. The Obomeng-hene, Nana Effah Pinamang, describes the situation as the worst in living history.

“We have been witnessing fire outbreaks each year; but, this year’s outbreak is terrifying.  My heart bleeds anytime I journey around the affected areas; what is happening may bring untold disaster on us because the fire is ravaging almost every village or town where there are forest reserves, thickets or bushes,” he said.

For over a month now, the fire has been spreading while duty-bearers’ efforts remain ineffective in dousing the blaze.

That is not the only thing being destroyed by the inferno; trees planted as part of Government’s afforestation project, high-tension electricity poles – among other forest resources – have either gone up in flames or been otherwise destroyed.

For answers to the what, how, when and why, here is the Forestry Manager of the Kwawu Enclave, Michael Boakye:

“We have planted over a hundred thousand trees in a government afforestation project. The fire has burnt all; what is saddening is the waste of taxpayers’ money, the energy we put in the project and the monies used to purchase the seedlings have all been lost in the arson, what are we doing to ourselves?”

Setting wildfires in the Kwawu area should have been deemed a no-no. That is because, once fire is set, dousing the blaze becomes a big challenge – what with the Fire Service there being rather poorly equipped! Anthony Yaw Mayebi is the Kwawu South District Fire Commander:

“The only equipment we have to douse fire in the district is the Fire Tender; and, that is unable to reach some areas of the mountain making it impossible for our personnel to control such infernos,” he said.

The repercussion of the burning of the vegetation on the Kwawu Scarp is unimaginable; and the Kwawu people know it, and, so much dread it: landslide! Now, avalanches flying from the mountain surface can block their roads, destroy their farms, or drop right on top of their roofs at the foot of the hills. The casualties could affect tens of communities, thousands of inhabitants. This is how dangerous the situation is.

Some residents shared their thoughts with Adom News:

“We have lost a lot in this outbreak; ranging from foodstuffs, cocoa plantations and other livelihoods. In some cases, homes have been burnt.”

Can the situation be helped in anyway, if those who have been tasked to control the menace are rather frustrated – as this Kwawu South District Rural Fire Coordinator, Paul Nyamavor, clearly is?

“The only solution we have at hand is to lobby the Chiefs, the Various District Assemblies to take the matter up. They must be made to empower the Fire Volunteers in the Kwahu area to help in arresting people who deliberately set fire into the reserves. There is a 5% District Assemblies’ Common Fund, which must be used to help firefighting; the MMDAs must make it available to help in the formation and expansion of these volunteer groups he added,” he said.

Fire volunteers, who are supposed to be protecting the reserves, were denied uniforms till they got discouraged and resigned. Here is the leader of the group, Opanin Kwaku Asante:

“I lost most of my members due to the unavailability of logistics. But, we are unperturbed because our prime target is to help the Kwahu people. I am also suggesting that we revisit the 1983 PNDC Law 229 that forbids people from setting fires in, or close to forestry areas, between December and March each year.”

The Forestry Commission admitted that the level of destruction is hitting an alarming level; hence, traditional leaders should help fight the canker.  John Allotey is the Deputy Chief Executive Officer of the Commission:

“We are aware of the damage being caused by the fire outbreak; The Forestry Commission has decided to, among other strategies, get traditional authorities to speak to their people to desist from the acts.

Smarting under the looming disaster, local chiefs have vowed to deal with persons who deliberately set fire to the forests.

But, is this avowal not already too late in the day? For Adom News, this has been a Kwame Anum report. 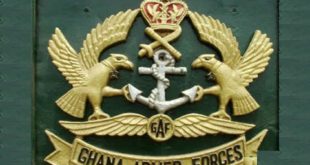 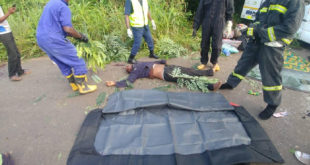 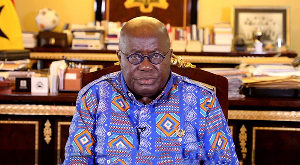 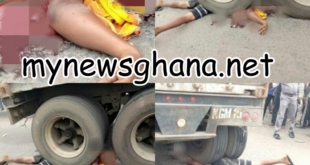 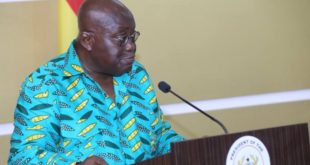